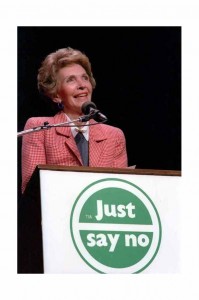 Have you every heard the saying ‘misery loves company’? Sometimes those in sin, recruit others to join their sin. Its human nature. When the Rechabites (descendants of Rechab) refused to participate in drinking the temple wine and maintained their allegiance to their father, they exemplified the obedience God desires. But they said, ‘We will not drink wine, for Jonadab the son of Rechab, our father, commanded us, saying, ‘You shall not drink wine, you or your sons, forever’ Jeremiah 35:6 The Bible says ‘to obey is better than sacrifice’. God promised that in spite of the coming disaster, they would be protected.

How often has God simply wanted me to obey His voice and commands? Is it my first inclination? Am I resolute?

God, I know You have the power to protect those faithful to You, even when judgment is falling to others. I want to be obedient and attentive to Your Word. Is there any outstanding debts or anything contrary in my heart, mind, or actions? Please reveal it to me, so I may fulfill what You as my heavenly Father desire.