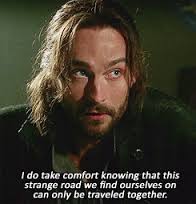 When the Philistines had greatly defeated the Israelites, the calamity continued as Eli the high priest (and judge) died, then his daughter-in-law died giving birth. In her last words she described what was really going on when she named her son “Ichabod” which means inglorious or ‘the glory has departed’. The reality was that God was removing His protective hand from them because of disobedience that started with their leadership. The two sons of Eli were atrocious and were terrible representatives of God. He judged the nation, right then and there.

What a sobering warning. Is there anything in my service to God that needs correction? Do I represent God as the loving, heavenly Father that He is? Is the glory of God with me and the church?

God, how empty it would be to live life without You and for Your cause. Help me today be who You want me to be. Thank you for the glory that accompanies me because You are with me.