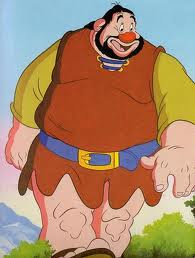 There were no Anakim left in the land of the sons of Israel; only in Gaza, in Gath, and in Ashdod some remained. So Joshua took the whole land, according to all that the Lord had spoken to Moses, and Joshua gave it for an inheritance to Israel according to their divisions by their tribes. Thus the land had rest from war. Joshua 11:22-23

One of the final battles Joshua faced was removing the giants (Anakim) from the land. Sometimes we wait to do the big thing. The previous battles certainly would have built up Joshua’s faith in God. Now it was time to go after the scary Anakim that the spies had earlier described. Interestingly, one from Gath would later be defeated by King David himself. That giant was known at Goliath.

Do I have the faith to face the giants in my life? What victories has God won that can build up my faith?

Lord, I thank you that when You said ‘enter into the promised land’, You already knew the battles that were ahead. And You have victory awaiting me. I will walk with faith as I face the giants in my life and ministry.