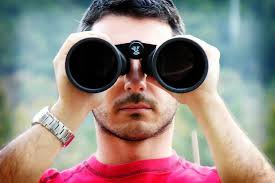 In the first year of Darius the Mede, I arose to be an encouragement and a protection for him. And now I will tell you the truth.
Behold, three more kings are going to arise in Persia. Then a fourth will gain far more riches than all of them; as soon as he becomes strong through his riches, he will arouse the whole empire against the realm of Greece.

And a mighty king will arise, and he will rule with great authority and do as he pleases. But as soon as he has arisen, his kingdom will be broken up and parceled out toward the four points of the compass, though not to his own descendants, nor according to his authority which he wielded, for his sovereignty will be uprooted and given to others besides them. Daniel 11:1-4

After an amazing time of prayer and fasting, Daniel foresees the coming of Alexander the Great and subsequently the dividing of his kingdom into four separate areas by his generals. This was fulfilled in such detail that many argue it could not have been written ahead of time. And yet, it was recorded for before the events occurred. This is because God is able to reveal what is to come.

Do I seek the hidden knowledge of God? Am I open to Him revealing the future? Is my devotion anything like Daniel’s?

God, what a window into the future You gave Daniel. I pray as this day begins, that I am open to Your leading and guiding. We have much to do I am sure. Please prepare me with Your great insights that I will need. Thank you that I get to live this life together with so many wonderful people.