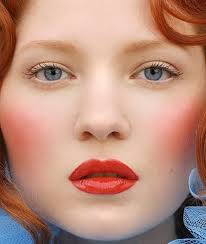 In the thirty-eighth year of Asa king of Judah, Ahab son of Omri became king of Israel, and he reigned in Samaria over Israel twenty-two years. Ahab son of Omri did more evil in the eyes of the Lord than any of those before him.
He not only considered it trivial to commit the sins of Jeroboam son of Nebat, but he also married Jezebel daughter of Ethbaal king of the Sidonians, and began to serve Baal and worship him.
He set up an altar for Baal in the temple of Baal that he built in Samaria. Ahab also made an Asherah pole and did more to arouse the anger of the Lord, the God of Israel, than did all the kings of Israel before him. 1 Kings 16:29-33

Sometimes people do such evil, they become brash and ignores any previous restraints. I believe we are living in such a time again. We need revival. If you ever wondered why there was such a deep-seeded hatred of the Samaritans among the Jewish people at the time of Jesus. Much of the animosity goes back to the reign of Ahab who did evil and introduced Baal worship. The idolatrous practices included sensuality, ritualistic prostitution and at times child sacrifices. The fascinating thing about Ahab is that he is so corrupt that he does ‘more evil in the eyes of the Lord than any before him’… he flaunts it in God’s face by considering it trivial and then marrying Jezebel. Its like the time of Jeremiah the prophet who observed “Are they ashamed of their detestable conduct? No, they have no shame at all; they do not even know how to blush.

How about me? Are there any ungodly, idolatrous areas of my life? Has sensuality, prostituting myself or selling out my kids for my own personal gain become part of my life in any way? If so, I must reject these godless ideas and practices.

God, I want to serve You and never compromise to follow any foreign so-called god. Please help me never be tricked into sacrificing the God-given gifts of my children for my own prosperity or pleasure. I thank you for Kai, Keanu, Kaenan and Eden. When I sin, I pray the conviction of the Holy Spirit of God causes me to blush bright red, turn back to You and find forgiveness, restoration and righteousness.