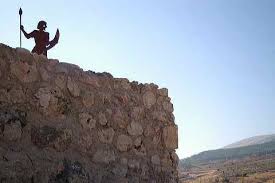 At the end of seven days the word of the Lord came to me, saying, “Son of man, I have appointed you a watchman to the house of Israel; whenever you hear a word from My mouth, warn them from Me. When I say to the wicked, ‘You will surely die,’ and you do not warn him or speak out to warn the wicked from his wicked way that he may live, that wicked man shall die in his iniquity, but his blood I will require at your hand. Yet if you have warned the wicked and he does not turn from his wickedness or from his wicked way, he shall die in his iniquity; but you have delivered yourself. Ezekiel 1:16-10

Ezekiel was invested in God’s message. If he spoke to the people and they listened, he was himself exonerated. But, if he failed to speak to the people, their blood was to be required at his hand. What a fascinating partnership God made with this prophet.

Am I be willing to be that invested in God’s message?

Lord, sometimes with national issues of repentance and righteousness, I actually want to speak out on Your behalf. But, today I am contemplating whether I can bear the burden of a watchman’s responsibility.